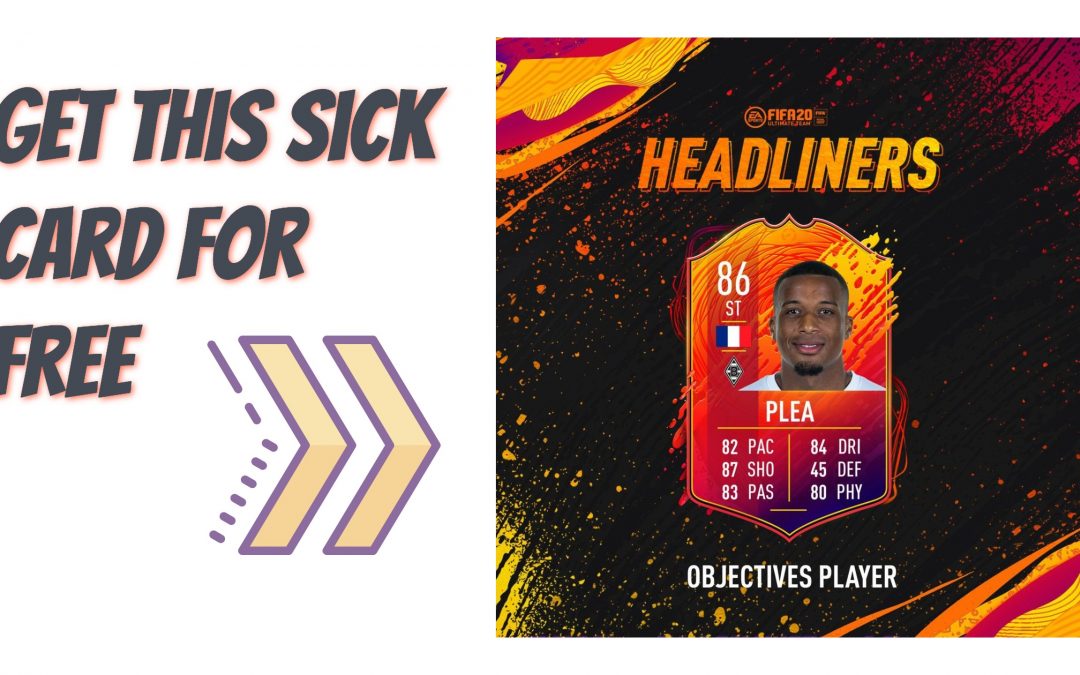 This post is how to get Alassane Plea, the Bundesliga striker available as an OVR 86 Headliners card for free via objectives. It is a sick card, and it's actually not that difficult to achieve.

I knocked off the through-balls and headers on Word-Class/Legendary difficulty while doing the Icon Swaps Single Player Objectives at the same time.

Get Alassane Plea from the Bundesliga Borussia Mönchengladbach M'Gladbach for free during the FIFA 20 Headliners Promotion. Starting now.

This post will help with the Plea objective in FIFA – so you can get the Alassane Plea Headliners cards for you Fifa 20 FUT team.

As mentioned in the video, here are some players that are good at heading:

Here's a link to some of the players with the best heading stats in FIFA 20.

Important: How to do headers in FIFA 20

What I learned from the corners is that its a three-phase thing and you have to press B/O twice.

Phase 1: Jostling for position inside the box, which includes creating space and moving the payer you want to send the cross to using the RB button.

Phase 2: When the cross is coming in press B/O to go up for the header (this is a timed action)

Phase 3: press B/O again to head it on goal. Here is when you choose your modifier (downwards header / power header.)

Stats matter now for heading more than ever.

Here’s a tip. Press and hold RB/LB (R1/L1) while jumping and then press the shoot button.

Julian Draxler is a good one for your team to do this FIFA 20 FUT Headliner objective as he is Germany and in Ligue Un.