New feature on my blog will be a monthly wrap up and review.

I feel really good about the start of the year.  In fact, on the first day of the year, January 1st (in case you were wondering <grin>) I had my first solo Google Hangout of the year.

It was a short, but powerful hangout where I introduced my students to the incredible concept of the weekly onesheet.  And it got a tremendous amount of positive feedback online.  I feel very grateful for that.

The OneSheet is a one-page PDF weekly worksheet that I created and designed for both business and personal success.  And it uses unique feedback loop of the weekly review, which is incredibly important for cumulative success. 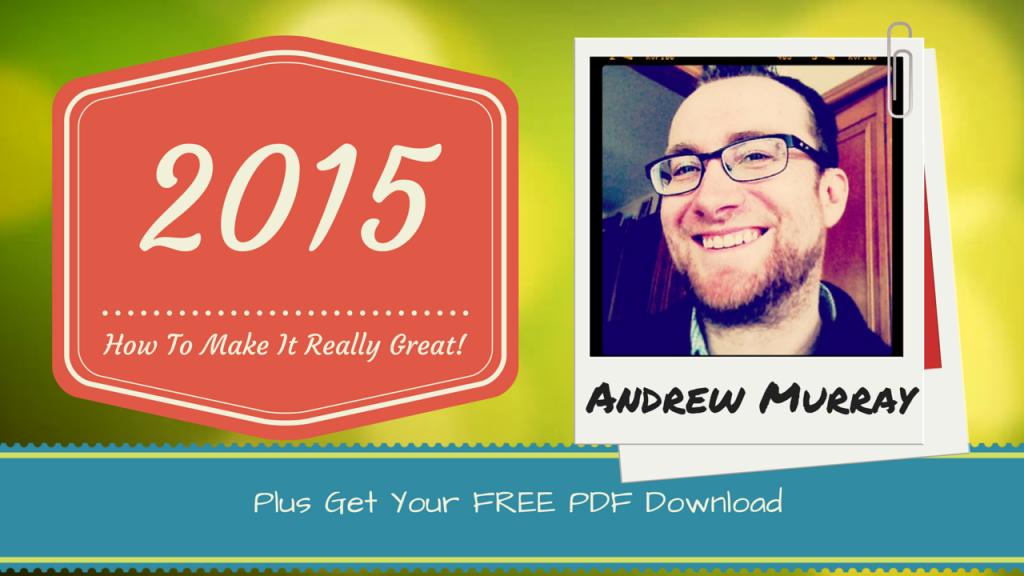 You can click on the image to get the FREE PDF worksheet, and the 30-minute Google Hangout where I explain how it works and some best practices.  No matter what time of year, you can start using it to make some consistent changes in your life.

I want to point out that the OneSheet covers both personal and business areas of your life.  I’m a big believer that in order to have a rich life, you need to be spending quality time in both of those zones.

I personally have found the practice of identifying the 3 MITs (most important tasks) for the week and separating them from the clutter and minutia of everything else – to be transformative.

I first encountered the concept of MITs from Leo Babauta at ZenHabits.  I explain more about this concept in the Google Hangout which you can watch here.

Why January Was Pivotal For Me

I think in many ways, the great strides I made in January came out of the changes I made in November and particularly in December of last year.

First, that I can simply accomplish more by working less.  It is more a re-discovery of a belief that had become less connected in the last couple of years.  In fact, I started re-reading Tim Ferriss’s 4 Hour Work Week again and it validated this belief.

Again, this was a strength I had somehow gotten away from.  I used to listen/read/indoctrinate myself with positive thought books.  But not recently.

Marie also immersed herself in “The Work” by Byron Katie, working with a facilitator over the last few months, and that helped shape our new direction.

I started noticing that people are looking for inspiration.  They want to be around other positive people.  And they get more engagement on Facebook.  And I believe that the resolve I had to actively change the way I thought a couple of months ago has led directly to my successes in January.

Being more positive has made a HUGE difference.

Honestly, I’m not a real social media guy.  I could be perfectly content not being on social media and just hanging out with my wife and son.  I’m not driven by ego.  I don’t need public validation.  (Although I got some of that this month… we’ll get to that in a little bit.)

But I started actively ENGAGING with people on Facebook more than I had before.  Not just “LIKING” which can go un-noticed – but engaging in a positive way.

My own post engagements have gone up dramatically from when I was posting sporadically and with little engagement.

Here’s a tip on social media.  (And list-building for that matter.)  It’s all about engagement.  People want to connect and engage.  And if you’re not doing that your “asset” will depreciate.

This embracement of engagement was not something I had really isolated as a main goal for the 2015 year.  But it came as a side benefit of one of my main goals – to create GREAT content.

I always find this such a rewarding experience that comes naturally only at the end of the year – until now.  Having decided to write a monthly summary will force me to reflect at the end of each month also.

So when I took some time to think about my business at the end of the year, I committed to create more high-quality, no-pitch content to my list and followers.  (Hopefully that’s you!)

And I definitely feel much better doing this.  My one-sheet is a tremendous resource, and I’m looking forward to creating something equally pivotal for people in February.

I also did some high-value training for the Dream Team (in DS Domination) and people were really appreciative of my style of training – which I seem to be able to deliver in way that people can *GET* and take action on.

In January, I’ve become a little obsessed with systemization and business centralization.  I’m been quietly documenting systems and procedures in the cloud with SweetProcess.  I know that systemizing is one of the main ways to reduce the stress in a sprawling internet business like the one I have now.

I’m also looking for alternatives to Ontraport.  Ontraport is great – except for the interface and it’s clunky.  But I love that it keeps everything centralized for me.  It’s so darn useful, but not perfect.  It’s a love-hate thing.

I have been featured in 3 interviews this month – which I believe were all orignally setup or in discussion late last year in November or December.

I was interviewed for Morning Ignition by Jason Spurlock.

Later, I was featured on Get To The Point podcast by Texas native Jonathan Puga.

And most recently, I was featured on Marquell Russell’s podcast.

All were great interviews, and each was unique.  If you have time, check them out.

I don’t plan on doing quite so many interviews in February.  (January was a very busy month!)

On The Personal Side

On the personal side, I have NOT been cross-country skiing or playing competitive soccer yet, which irks me slightly but there’s always February.  My oil painting class was cancelled for this session, which was a disappointment.

But January has been extremely busy in terms of business, which is just one of those things.  Looking forward to doing much more of that in February.

I feel like my diet slipped a bit off the Paleo-centric goal I set, but I’m ok with that.  In fact, I don’t think I’ve mentioned it publicly but between the months of October and December, I lost 30+ lbs just by changing by lifestyle and concentrating on eating CLEAN. Marie did the same. That being said, January wasn’t the month to focus on diet.  I hope February can bring me more in line with this goal.

This month, Jack had his first hockey tournament.  He is really getting into hockey and having a lot of fun.

Speaking of hockey, we live near a shallow pond that freezes over.  The kids in the neighbourhood have been going there sometimes.  Here’s a little video of one of the very first time we skated on the pond at night.

There is something about playing hockey on a pond that is just so authentic and grounding.  I highly recommend the experience.

We also had a visitor from South Korea, who used to be a foreign-exchange student who lived with Marie’s mother in Toronto 7 years ago.  She was there when Marie was pregnant with Jack just before we moved to Nova Scotia.  It was a unique experience to see somebody 7 years later.  Almost like the mind-blowing 7-UP series.  She was blown away by some of the natural beauty in Nova Scotia that (as a resident) can be easily taken for granted.  Nova Scotia is beautiful.

Marie and I went the Facebook Small Business Boost even in Halifax – always sharpening the saw.  I sometimes go to events to watch HOW they present and sell.  And I had some interesting takeaways from this event, which was incredibly low-key compared to our industry events.

One of my best accomplishments this month would not have been possible without my wife, Marie Torres.  We took a good concept, and turned it into a GREAT product – one that I think has the power to really help people make a full-time income in this industry.  She’s really done a fabulous job getting everything optimized.

Right now, it’s in beta and we have a small group of entrepreneurs who are going to start putting it into action.  Can’t wait to see them start to get it going!

Now that that’s almost completely systemized, I’m ready to get into “drive traffic” mode in February.

I also recorded a series of short videos with Marie about blogging that will be able to drive some new revenue in 2015.  They are fun, and have some good content, and you can check them out here.

(We’ll be adding more this week.)

Some of the tools I’ve been digging have been Mindmeister – which is an inredibly easy to use (and nice looking) mind mapping service.  I find it a high value to be able to store my mindmaps in the cloud.  It reduces the unnecessary clutter on the desktop – which I absolutely love.

Mindmeister is available for free.

I have learned how to do YouTube thumbnails that look awesome.  Mastered it!

Lastly, I have been using Robert Mercado’s FriendSweeper to get rid of some inactive people on my nearly 5000 friend Facebook profile.  2015 is the year of engagement, and you just can’t interact meaningfully with that many people.  In fact, Facebook is really hammering marketers like myself with huge numbers of “un-engaged” friends.

It makes an incredibly difficult job that much easier.  And makes it almost fun!  Highly recommended as it gives you incredible insight into your Facebook “asset.”

Lastly, I have been voted as one of the top 25 marketers on the planet in the annual Business From Home awards by my peers.  This feels just awesome, and if you voted for me, I want you to know that I truly appreciate it.  (This is the public validation that I hinted at near the beginning of this post.)

It’s been a busy month.  But I feel just as strong in my commitment to creating GREAT content this year – much of it for free.  I’m playing the long game, and feel very energized about my business.

The practice of reviewing and looking back gives you so much clarity.  Even what I wrote here – reviewing the month – really helps me “own” it all better.

This is a very personal post.  As I mentioned, I’m quite happy keeping my personal life to myself.  But if this post helps you learn something, let me know.  I think we learn best by engaging.  By interacting.  So whether you like it or don’t, let me know.  I appreciate those of you who have read this to the very end.  Thanks!